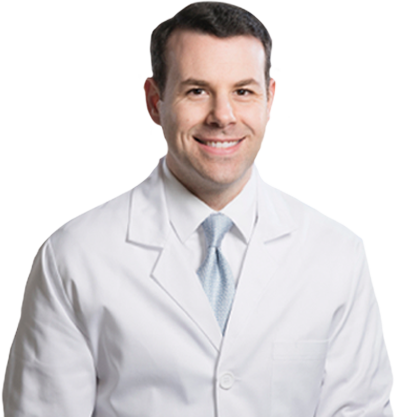 Dr. David P. Schleimer is Board Certified in Otolaryngology and Facial Plastic Surgery and has been in private practice since 2016. Dr. Schleimer’s practice takes a special interest in working with his patients to achieve a common goal in treatment of ear, nose and throat complaints. After receiving his Bachelor of Science in Microbiology from The Ohio State University, Dr. Schleimer began his quest to treat human disease by performing basic science research investigating pediatric blood cancers at Cincinnati Children’s Hospital Medical Center. Inspired by graduate courses in human development and otolaryngologic disorders, Dr. Schleimer elected to pursue his medical degree from the Ohio University Heritage College of Osteopathic Medicine. Further training in Otolaryngology and Facial Plastic Surgery brought Dr. Schleimer to the greater Detroit area when he matched to the St. John-Providence residency program credentialed through Michigan State University. Seeing patients of all ages with ear, nose and throat illnesses motivates Dr. Schleimer to stay up to date on current medical and surgical options to return his patients to optimal health. Dr. Schleimer and his family reside in southeast Michigan where they enjoy the outdoors year-round, explore local restaurants, and stay involved in the community.

Safely taking care of your health has always been our top priority at Hills ENT Institute. We have been closely monitoring the current situation relating to Coronavirus (COVID-19). We are following the most recent guidelines from government agencies and health officials, including the Centers for Disease Control and the World Health Organization.

Practice Hours
Beginning March 23, 2020, we will not have in-office encounters. If you are experiencing a medical emergency, please be evaluated at the closest Emergency Center.

New – TeleMedicine Visits
As part of our commitment to meeting your medical needs during the COVID-19 pandemic, we are now offering TeleMedicine visits to our established patients. TeleMedicine is an interactive visual communication between doctor and patient to address minor ENT-related health concerns. Similar to Skype, it will allow us see each other as we evaluate, diagnose and treat your medical needs. Most major insurance companies have agreed they will cover these TeleMedicine visits as they would a regular in-office visit. Please contact your insurance provider to determine if your plan provides such coverage.

It is easy to schedule a TeleMedicine visit with us:

As recommended by medical authorities, please do not come to the office unscheduled. Instead, please call us so that appropriate decisions can be made on how to best meet your medical needs safely.

Thank you for choosing Hills ENT Institute. We will keep you informed about any updates or changes to our practice hours and services. If you have any questions or concerns, please contact us.